Over the past two years we have seen a revolution that stands to transform the air we breathe for the better. The focus on poor indoor air quality (IAQ), which was once an underacknowledged source of illness and cognitive underperformance, has now been brought into the spotlight. As we begin to better understand the link between IAQ and wellness, active air purification technologies, such as bipolar ionization, hold tremendous promise to make indoor spaces healthier for all. 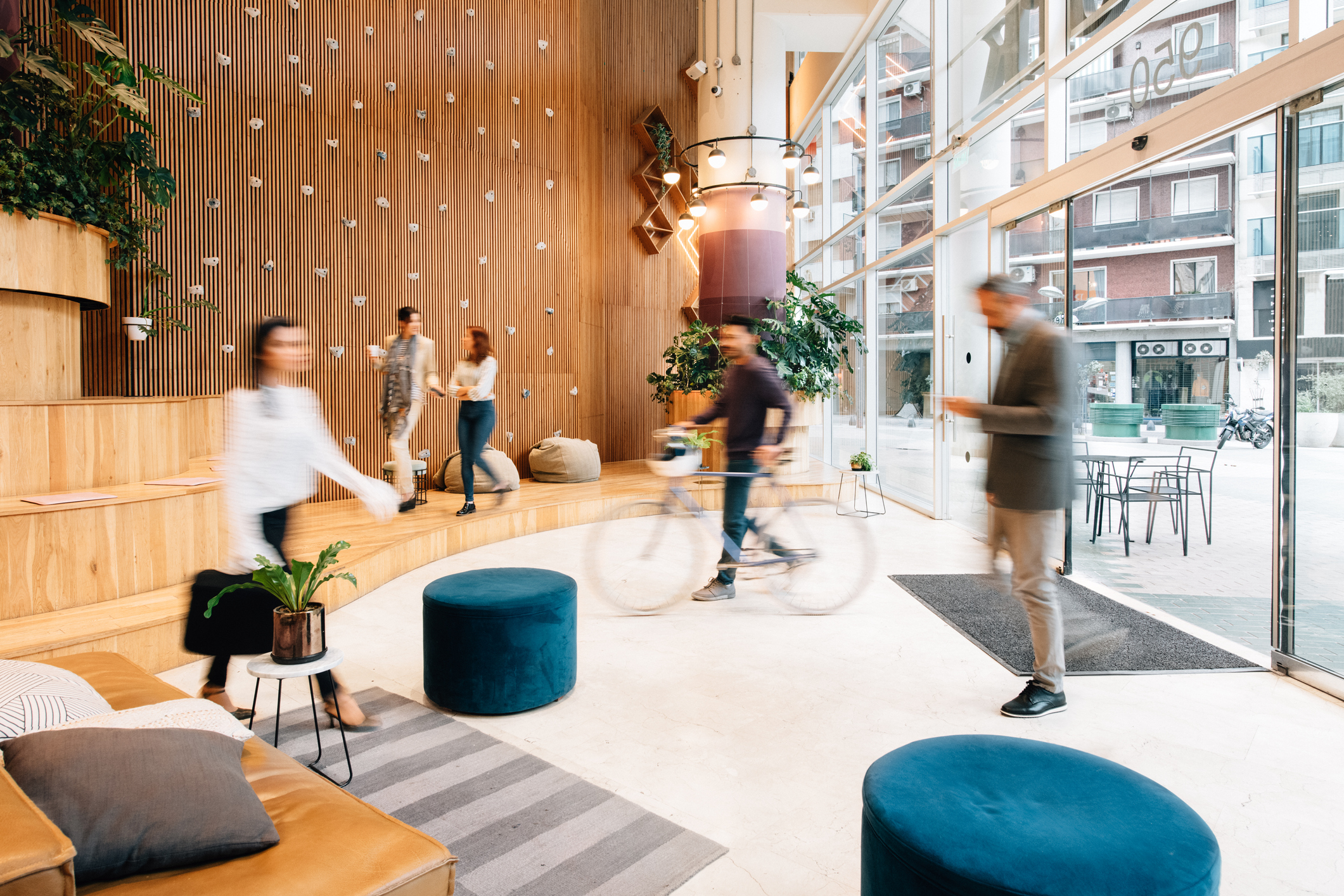 Clean Air Building Challenge is Just That, A Challenge

Earlier this year, the Biden Administration launched the Clean Air in Buildings Challenge, spurred by the Federal Government, which calls on all building managers, public and private, to improve indoor air quality.   While reducing the spread of viruses is a primary goal of the Clean Air in Buildings Challenge, reducing exposure to any potentially harmful particles or gasses is also part of the charge.

Developed by the EPA, the challenge outlines a set of guiding principles and actions, meaning there is no silver bullet for indoor air quality improvement. The most critical steps outlined in the plan are to bring in fresh indoor air and clean the indoor air. We all understand that this entails increasing ventilation, which could potentially be limited by energy costs and the comfort of occupants. In addition, many building owners and operators have made the effort and taken on the expense to upgrade their central air filtration to the highest MERV rated filter, in order to capture airborne particles. And while we consider these passive upgrades important for improving IAQ, why not address the unhealthy air in the occupied space, at the source of contamination, with a proven, safe and simple active solution? One that doesn’t simply trap the airborne pollutants but inactivates and destroys them.

A Layered Approach – The Trifecta to Improving IAQ

“We would never drink from the same cup of water that every one of our co-workers had just sipped out of,” Joseph Allen, associate professor at Harvard’s T.H. Chan School of Public Health, wrote in an October 2021 article in The Atlantic. “But something very similar happens all day long in our offices, schools, homes, buses and even airplanes. All day, every day, we sit around breathing in what other people expel from their lungs. It’s the respiratory equivalent of drinking everyone else’s backwash.”  We owe it to our neighbors, our co-workers and our children — not to mention to ourselves — to make sure the air we’re sharing indoors isn’t making us sick.

There is a common misconception that this two-step process of increasing ventilation and filtration is the holy grail, but does this truly provide airborne infection control, when pathogens and pollutants are captured or trapped in a filter? In fact, as 39 scientists reported in May 2021 in the Journal of Science, the “key engineering measure” is now a trifecta: ventilation, filtration, and air disinfection. They argue “it is necessary to reconsider the objective of ventilation to also address air pollutants linked to health effects and airborne pathogens.”

In many highly trafficked environments, such as offices, schools, and commercial spaces, treating the air in the occupied space is key and an in-duct bipolar ionization solution could be considered the last part of the trifecta layered approach. These solutions actively seek out and reduce unwanted airborne pollutants while inactivating harmful pathogens, in the breathing zone. Making it a solution that goes far beyond just trapping.

Bipolar ionization first arrived in the US in the 1970s as a tool to control pathogens in food manufacturing. However, ionization has been around since the beginning of time. Ionization of air occurs naturally in our world and is strongest around crashing ocean waves, waterfalls, mountains, and electrical storms (the freshest air available). Scientists, engineers, and manufacturers worldwide have been able to harness this power using bipolar ionization-based products for indoor air quality needs. Over the years there has been an extensive list of peer-reviewed articles written on the safety and efficacy of ionization.

Much like sunlight does in the atmosphere, bipolar ionization technology produces a natural bio-climate rich in positive and negative oxygen ions. The negative ions contain an extra electron while the positive ions are missing an electron resulting in an unstable condition. In an effort to restabilize, these bipolar ions seek out atoms and molecules in the air to trade electrons inactivating bacteria and virus cells, reducing particulate matter, odorous gases and VOCs.

Safety and Efficacy of BPI

There has been extensive research done on the technology to prove its efficacy as well as its safety around humans. A 2018 publication in the International Journal of Molecular Sciences reviewed 263 peer-reviewed articles to assess the scientific findings of ionization as it pertained to human health and its effect on air quality improvement. The conclusion was that there was no evidence of ionization harming humans. Certain BPI products have been proven to reduce bacteria, viruses, including the SARS-CoV-2 virus in as little as 90 mins, and are also effective at significantly reducing mold, and odors.

The global air purification market is projected to surpass $32 billion in 2022 and grow at a compound growth rate of 42% between 2019 and 2025, eventually topping $90 billion, reports Arizton Advisory & Intelligence.6 Because of this surge in growth, we are seeing a vast number of IAQ products in the market; the products span a wide range of technologies, have a wide range of properties, and deliver a wide range of performance. As Edward Nardell, Professor of Global Health and Social Medicine at Harvard Medical School smartly pointed out, “Suddenly there is great commercial interest in airborne infection control, for schools, hospitals, and even restaurants, and a greater need to apply scientific principles and testing rigor to evaluating efficacy claims, and in making sound recommendations.” Science-backed and third-party, peer-reviewed testing is critical in this space to discern between the good technologies and products from the look-alikes.

Not all bipolar ionizers are the same, so it’s important to research a manufacturer's third-party testing to back up its efficacy claims. It’s also imperative that any bipolar ionizer is UL 2998 validated for zero ozone emissions. The market leaders in bipolar ionization solutions have been certified in accordance with UL 2998 as ozone-free.

WellAir is committed to advancing the science of indoor air quality and bipolar ionization through rigorous research and testing. Our focus on exceptional design and industry-leading IAQ and application knowledge upholds our mission to make the indoor world cleaner and safer.